Holly on the Go: Power Single 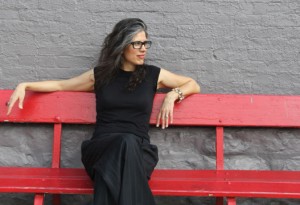 I recently tried to match-make friends. They had similar standards of living and a panoply of common interests. Their couple-dom seemed imminent. They had a getting-to-know- you-meet, and when I checked in with him, he said something similar to she’s great and clearly at the top of her game, but I don’t want to be part of a power couple and have set my sights on women with more traditionally female traits and careers. And by traditional he meant the 1950’s and 1960’s. Not that there’s anything wrong with that.

A man, within his break up soliloquy, said unto me once upon a time, “I don’t want to be a power couple. I thought I did and I don’t.” Another more recently told me that I am married to my job. What’s an ambitious, take-no-prisoners gal supposed to do? On the ladder to shattering glass ceilings and leaving hope for legacies of meaningful contributions, is one of the rungs, in fact, booby trapped for love?

I will look it up after I write this, but I might have coined the success penalty: Attracted to your confidence and competence, enticed by your fun friends and full life, they pursue, only to realize at the end of their day, they want someone who is a little more available, a little less invested in her next coup, and maybe not the power in a couple or anywhere else. This becomes problematic when generations of girls grow up running like a girl, fighting like a girl, coding like a girl and dominating like a girl, and society fails to produce men who choose them as partners.

A recent New York Times Magazine article posited girlfriend bonds have supplanted girlfriend/boyfriend relationships in the world that is social media as depicted by copious photos of girl on girl intimacy. Not sexual intimacy, mind you, but sleepover, brunch, party animal, loafing around shots of women friends capturing moments that illustrate their bond. The author wrote about her concern that featuring such bonding was the modern equivalent of mean girl exclusion for the less popular set and, like all social media, doesn’t portray the struggles of real and often messy friendship.

Cue the story of Lisa McCrohan, a blogger at Barefoot Barn, terrorized by mean girls growing up and now on a quest to make girls more confident and more inclusive to build better self esteem and success. Do you see where I’m headed here? If she builds it, the girls will certainly come, but what about the boys? Will the generation after the Millennials be able to transcend societal gender roles and expectations and it won’t matter who brings home the locally sourced bacon from the pig they can see a photo of and track from a buy-local app and which one fries it up in the pan? Will they have figured out how to have relationships with two supremely successful and driven partners and share equally child care and chores or SkyMiles or social media passwords? Or will the biological imperative that makes men hunt and spread their seed and women gather and care for the tribe continue in our genetic blueprint despite the fact that in many relationships the reverse is true.

Surely social science has our answer. In some lab somewhere a postmodern Bringing Up Baby scenario is playing out with a Cary Grant scientist splicing the mitochondria of a species for clues how we choose our romantic partners and a wacky and gorgeous, steeped in #STEM, graduated from MIT with her own tech company on the side, Kate Hepburn is distracting him. Her confidence attracts him. She is clearly at the top of her game…but does he want to be a power couple?

This post was originally published in NFOCUS in September 2015.

← How to Holiday 101
Holly Houston: Faces of Louisville →