Static Cling or How Has Support Changed with the Times? 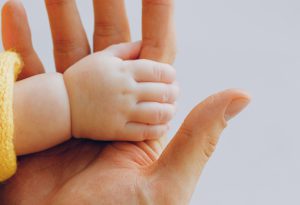 Despite statistics showing major shifts in family trends over at least the last ten years that depict women as breadwinners and a slight uptick in stay at home dads and parenting schedules that are approximately equal, the child support statutes, known collectively as KRS 403.210 et seq., have changed only slightly over the last few decades. The child support guidelines, which provide an assumed amount of support an obligor should pay based on an income shares model, remain static.

The guidelines reflect a time when Kramer v. Kramer occupied the national interest, rather than Marriage Story. While they might apply to the relatively few families with a parent who works outside the home and earns 100%, or the lion’s share of the income, today that is just as likely to be mom as it is to be dad. The more likely scenario are parents who both work at least 40 hours, have to incur work related child-care costs and who must choose who will insure the children in the most cost effective way.

Appellate courts, and the Legislature, intervened somewhat in the mid to late 90s to allow parents to deviate from automatic application of the guidelines that assume one parent has a child approximately 76% of the time and the other has the child approximately 24% of the time. With the advent of equal parenting time both in practice and by statute, and the presumption of joint custody the Legislature passed in 2018, trial courts readily accept a deviation argument based on half time parenting and calculate support using a formula that accounts for it.

A deviation formula reflects the reality of parenting today, so that a parent with greater income may indeed still pay child support to the other parent, even with an equal parenting schedule. Parents might still attempt to trade “days for dollars” to reduce support obligations, even slightly, yet the trial court retains discretion over the establishment and modification of support.

Parents, who communicate well and recognize each other’s financial situations may agree to support amounts outside of the guidelines (and outside of the deviated formula to calculate it, too). So long as the agreement isn’t unconscionable – or is so lopsided it could never be fair or even equitable, a trial court will likely accept it. Then parties are free to modify the terms by written agreement or seek intervention by the court if they meet the statutory requirement to modify their previous agreement. That is so even if they agreed to waive support or if they agreed to a lower amount than application of the guidelines or the deviated formula would realize based on current financial circumstances.

← COVID-19 and Co-Parenting
Oh Boy, J.Lo Has Inserted Herself Into A-Rod’s Custody Battle With His Ex →