Where do we go from here? Now that all of the children are growing up? How do we spend our time? Knowing nobody gives us a damn.

By the time this went to print, and you read it, my hope was we would all be back to court trying to outwit each other as we are paid to do. Alas, my hopes were dashed faster than you can say “2021? I can’t get a hearing on this until 2021?” when I received yet another court closure notice, this one through May 31, 2020.

The new normal is upon us, as if there ever were any normalcy to donning a suit in the morning and rushing to argue the most intimate and safe guarded details of people’s lives—their kids and their money. Is the real difference now that we’re doing it in our kitchens and living rooms with better coffee sans suits? Or is this a harbinger of technology replacing in person court appearances altogether?

Family law has been disrupted, to be sure. Both the process and the assumption that the nuclear family is the average family structure has eroded slowly over the last half century. A quick look at social trends according to the Pew Institute yields these nuggets:

Additionally, according to the most recent statistics Pew cites about cohabitation and non-nuclear family structures, Americans’ acceptance of gay marriage, single parenting and cohabitation is on the rise.

Dig a little deeper and it gets increasingly inter- esting (but not surprising for those of us who have been “home cooked” out in the counties with a “nontraditional” case) the openness of your attitude toward the new structures is in direct proportion to the area in which you live within a state. The more urban the area in which you live, for example, the more likely you are to be in a “non-traditional” relationship and thus, the more accepting of fluid roles and structures. Conversely, the more rural, well, we have a long way to go there.

COVID-19 or none, whether the law and the processes governing divorce, custody and par- enting have evolved far enough to adequately meet the needs of the changing American family amid the next technological age remains to be seen.

To wit: When I began practicing family law in 1997, joint custody was a relatively new op- tion for courts to input as a legitimate form of custody with the imprimatur of the Kentucky Supreme Court. The test was basically two pronged: 1) a parent had to be fit (not actually insane, not incarcerated long term and not a drug addict or alcoholic with little chance of sobriety, not a domestic violence perpetrator or a child abuser) and 2) joint custody had to be in the best interests of the child.

A singular statute, KRS 403.270, controlled custody determinations without more. A different statute, KRS 403.320, controlled visitation. It would be at least a decade before we began talking about parenting time instead of visitation and another decade before the legislature would amend KRS 403.270 in 2018 to create a rebuttable equal time presumption for parents with additional factors to consider for custody determinations.

Inasmuch as Jefferson county is likely as urban as Kentucky gets, our family courts considered and input parenting schedules long before 2018 that deviated from what was the traditional every other weekend to one parent, with all other time to what was deemed the parent with “primary custody” at the turn of the 21st century. Whether we called it equal time, half time, shared parenting or referred to it only in numbers to define a certain schedule, i.e., 2-3, 3-4, 2-5 alternate, 2-2-5 with nesting or 2-2-5 with parents switching M,T and W,Th each week with the weekend to at-tach to W,Th, we made inroads to statutes that remained static because that’s what met the children’s best interests.

The legislature, in its wisdom, left the core of KRS 403.320 intact over the years with its directive to attorneys to prove serious endan- germent to a child as a prerequisite to restrict parenting time according to what I have always referred to as time, place and manner restric- tions. The statutory framework governing initial custody determinations and modifica- tions of parenting time didn’t evolve much over the years, while the caselaw filled in the gaps.

Along the way, to be sure, we could always count on the appellate courts to confound us with their magical maneuverings to make desired legal outcomes fit cases before them. The evolution of joint custody and parenting schedules to match parties’ lives is grounded in caselaw, as was establishing rights of same sex parents with holdings pre Obergefell v. Hodges, 576 U.S. __(2015).

The Kentucky Supreme Court has taken on modifications of equal parenting now it seems in Layman v. Bohanon, Jr., 2019SC-000364- DGE, rendered March 26, 2020. Mr. Bohanon, Jr. and Ms. Layman divorced in 2016, then parents of a four-year-old and seven-year-old. They agreed to joint custody and equal time. Mr. Bohanon, Jr.’s work schedule shifted and the parties modified their parenting agreement by changing from a week on and week off schedule, to days certain during each week to keep the equal time, but failed to memorialize it. Bohanon, Jr. moved to enter the new schedule they practiced for two years. Layman objected and moved for less than equal time. The Su- preme Court held that equal parenting time can be modified pursuant to KRS 403.320(3) “if it is in the best interests of the child, but it can only order a ‘less than reasonable’ timesharing arrangement if the child’s health is seriously endangered.”Ina20-pageopinion,Bohanon, Jr. lost his equal time motion because the Supreme Court held it was not error to find a modification to less than 50 percent parenting time is reasonable pursuant to KRS 403.320(3). “Under our caselaw, less than reasonable does not necessarily mean less than 50 percent parenting time.”

While at the outset the case is meant to distin- guish between the statutes governing custody and parenting time and how to establish and modify both, it adds a reasonableness standard to KRS 403.320(3) when parents have equal time to modify parenting time that doesn’t exist in the sub-section.

The Supreme Court in Layman v. Bohanon, Jr. borrows from previous decisions to define the word “restrict” found in KRS 403.320(3) to mean “to provide [either] parent with some- thing less than reasonable visitation.” In dicta, then, it tells us how much it loves the rebuttable presumption for equal time amendment to the custody statute, in my humble opinion.

There is no set formula for determining whether a modified timesharing is reason- able; rather it is a matter that must be decided based upon the unique circumstances of each case. Drury, 32 S.W.3d at 524. For example, it doesn’t necessarily mean that a parent has less than reasonable timesharing just because he or she spends less time with the child than under the original timesharing arrangement. French, 581 S.W.3d a 50; see also Kulas, 898 898 S.W.2d 529.

One thing we can always count on is the tried and true “case by case” approach to family law. No matter how the world changes, people will still fall in love, break up, get pregnant and everything else that goes with it. I pulled this quote from Anne Morrow Lindbergh from Womankind, a magazine about western women in India, as I contemplated an ashram in my post COVID-19 future:

“Only in growth, reform, and Change, paradoxically enough, Is true security to be found.”

#StayHealthy every- body. We have a lot of work to do!

A. Holland Houston is an Attorney at Law and vice- chair of the LBA’s ADR/ Mediation Section. 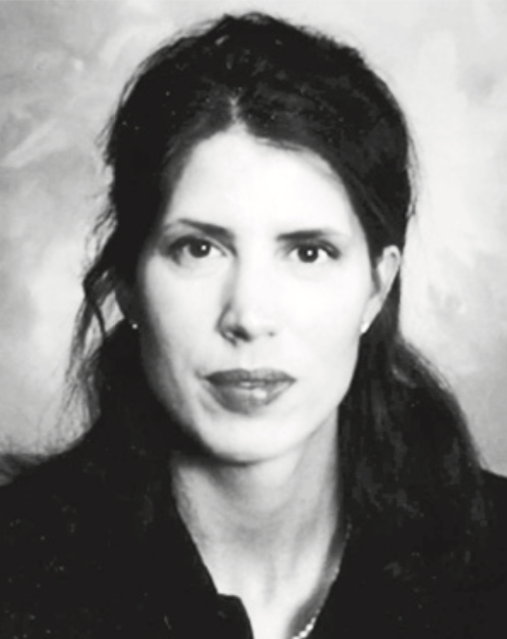 ← Oh Boy, J.Lo Has Inserted Herself Into A-Rod’s Custody Battle With His Ex
Family Law During a Pandemic and Beyond! →