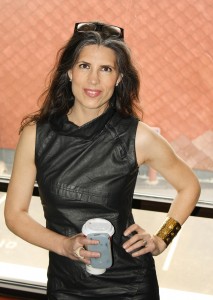 pull your body through the pose until you’re in a low cobra. While a core strength move to be sure, what it really requires is upper arm strength. You have to build your way into the pose.

During a Saturday morning class moons ago, one of my then instructors told me aloud publicly to refrain from doing the pose if I weren’t strong enough to maintain the proper form. Me? Not strong enough? Are you talkin’ to me? Needless to say, I was embarrassed and felt weak.

Years later, as I breathe my way through chaturanga daily, I sometimes remember her words. She was right. I am so much better equipped for it and all the poses I practice today. Which reinforces the maxim timing is everything, despite how ready I may be for a new chapter or project launch or client or change. When the student is ready, so it goes, the teacher appears.

I think most of us (Type A’s raise your hands) are fairly quick to abandon goals if the progress we seek doesn’t appear fast enough. Yet, some seeds take a lot longer to sprout through the ground than others. They need to foment and ferment and be nourished and stew.

In 2007 for example, the Junior League of Louisville planted seeds for the now blooming Mayor’s healthy food access initiatives after we learned about food deserts from Oprah and several other sources. We held a summit at what was then the brand new 21c Museum and Hotel and asked 23 city leaders to answer the question: “How do we provide access to healthy food for all Louisvillians?” The proof 6 years later is in the proverbial pudding as farmer’s markets, community gardens and EBT programs have grown up all over the city. From the surface in 2008 when the Recession hit it seemed as if our efforts were for naught. Now the city’s LIFE zone (Locally Integrated Food Economy) geared to help people eat and grow food closer to home, is full steam ahead, as is Louisville Grows in Shawnee, featured with Kristen Williams in this month’s issue of NFOCUS.

Similarly the Compassionate Cities project was spurred in part from Thomas Merton’s  epiphany that we are all one giant mass of humanity. Merton had the epiphany in 1958. To wit, from Conjectures of A Guilty Bystander: “In Louisville, at the corner of Fourth and Walnut, in the center of the shopping district, I was suddenly overwhelmed with the realization that I loved all those people, that they were mine and I theirs, that we could not be alien to one another even though we were total strangers.” It took us a while to figure out how to apply Merton’s words.  Now one of eight cities globally with a compassionate designation, others have praised us as a place where people strive to take care of each other

And each other means everybody: in whatever end of the city you live, whatever your means, whatever your color or creed. This more than any other message rang clear in October here with The Muhammad Ali Center’s Three Days of Greatness to include an HBO film premiere about Ali and his refusal to be drafted and the first ever humanitarian awards, at which Lonnie Ali told the Mayor that she and Ali “never imagined in their wildest dreams the support we’d get from the city.”

What followed in October was a fashion show collaboration between Urban Outfitters and Anchal, a nonprofit designed to lift Indian women out of sex slavery by teaching them to sew (coincidentally co founded by one of last year’s New Faces winners), the first ever humanitarian law seminar hosted by yours truly to include human trafficking legislation and an international rule of law discourse, another documentary screening this time to highlight Hispanic lawyers and several events hosted by the Greater Louisville International Professionals.

At one of the GLIP events I had the good fortune of sitting with Ambassador Shabazz, the eldest of Malcolm X’s six daughters and the founder inter alia of the Pilgrimage Foundation in 1996 to create fellowships “to fulfill our bounty then share it with another.” Ambassador Shabazz indulged me when I told her about the humanitarian law seminar and trying to build diversity in a few groups I love. “They’re here,” she said. “They’ll come. You’re building awareness and that’s the best thing you can do.”

A sentiment eerily similar to a text I received from one of my favorite people when I told him I wanted the seminar attendance to be huge and asked for help to connect to whoever I might be missing to create buzz. “Your name is already written in Heaven…so relax and let it come to you,” he wrote.

For all the Alphas out there whose seeds of personal or project greatness haven’t sprouted at all, or haven’t rocketed through the soil in a single bound, the land likely isn’t fallow or the seeds defective, they just might not be strong enough to push through yet. Give it time, Grasshopper.

Here’s to reaping harvests, letting go of the death grip you may have on meeting goals in your own time and thinking about the year end contributions you may make to the groups you care about most. A few of my favorites for fall and winter donations are Kentucky Harvest, Americana Community Center and Wayside Christian Mission. Food, blankets and warm clothes mean everything when you’re cold.

Keep being generous and lovely Louisville. And if you need to stand firm remember the words of Len Amato, President of HBO films who made “Greatest Fight” about Ali: “Brass, confident, poetic, and of course, pretty. He is the original man of conscience and purpose. What he stands for outside the ring transcends his power in the ring.” Ka-pow!