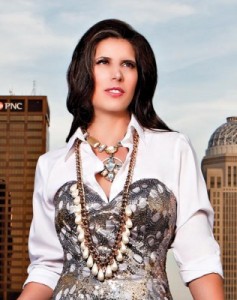 NuLu I love you. In the last three years, development and commerce within a few blocks between 600 and 800 East Market revolutionized the city. I frequent you almost daily. But, it seems like it’s time to broaden our horizons and extend our vision to other parts of the city we call Possibility so that the love we’ve shown you we can now extend to others.

The corridor between Baxter and Jefferson. The entry from Barret to Broadway. The intersection of Payne and Lexington. Vacant stores on Bardstown Road with landlords who want to command the same rent they did when it was “the” place to go, but whose shoppers diverted to St. Matthews and Nulu several years ago and left us holding the hookah pipe.

Zach Fry, a real estate agent and broker at Keller Williams, thinks the Phoenix Hill neighborhood at Broadway and Baxter is ripe for new life, for example. Fry, whose eyes are ever pealed for great deals said “I always think it’s good to buy in the path of what’s happening and being at the intersection of Irish Hill, Butchertown, Nulu and the Highlands will be beneficial to those with vision!”

Similarly, Red Hot Roasters owner Sondra Powell said it doesn’t make sense that investors haven’t looked to her incredibly high volume drive through spot at the intersection of Lexington and Payne. Adjacent to a convenience store, close to Headliners, a brisk walk from Bardstown Road on one end and a fun bike ride to Frankfort Avenue on the other, the area seems prime for restaurants and retail. Business is lucrative enough at the little orange building of caffeine heaven, Powell’s bought a new roaster that will double her coffee capacity.

Broadway, a street I drove down almost daily for twelve years is overdue for a renaissance. With the addition of Wiltshire Pantry’s Bakery on Barrett where Joe Davola’s was, development further down Barrett toward East Broadway seems like it could happen any moment. Andrea Glass is symbol of starting over with Boston’s Floral Couture housed now on East Broadway. She may be small but she is not shy about her belief that it could be the next big thing. Again.

Our greatest asset is the people who choose to live and work here. Payal Parekh, a photographer and textile designer in Louisville by way of New York and Mumbai, said of Louisville, “Everybody has something to offer. Everybody is so genuine. It’s a very different feeling here, one feels instantly at home.” Parekh, the owner of K & N prints, a textile design company with her father, is designing patterns for scarves the first time this spring. She and her husband, Geoff Bugbee, are symbolic of the “new” Louisville and the even greater need for parks and trees and open spaces and places to meet other young people in the creative class who, despite their world travels, appreciate simplicity and history. Parekh said she believes in “simple gestures to add local brands and young activity groups that mix social and business everything together,” as she had a tough time meeting her Gen Y age group here and figuring out where to go.

Like the new scarf designs she’ll make this spring that evoke her father’s design since the 60s, many small business owners hope the city and private investors can follow suit to revitalize old streets and corridors, all the while being mindful of the people and businesses that have thrived there for a multitude of years.

You can read this article in its original setting on the N:FOCUS website here: http://nfocuslouisville.com/holly-on-the-go-january-2014/

← Terra Firma
Will It Go Round in Circles →